Apart from a variety of economically-important functions which festivals have been conducting for some time – such as the development, financing and packaging, up to the marketing of film projects – which go beyond their traditional role of presenting and promoting films and creatives, they have collectively evolved into an autonomous exploitation window. At the same time as the exploitation platform of cinema is losing its commercial relevance for a growing proportion of annual production. This development was already confirmed in the mid-1990s by a study of the European Audiovisual Observatory for the European region.

In the meantime, the supposition: “besides the Internet, film festivals are developing into the major public platform for film, thus assuming the traditional function of cinema and television”, (Lars Henrik Gass, Internationale Kurzfilmtage Oberhausen) has gained ever more credence. This is combined with countless new chances and possibilities. Essential for this, however, is knowing the market and its stakeholders, in order to determine and take advantage of the impact and performance potential of festivals.

While approx. 350 film festivals could be identified in 2013, by 2019, this number had grown far over 400 scattered throughout Germany.

These assessments are also reflected in the market analysis, which we have been conducting since 2012. This shows a continually-growing German film festival scene which, at the same time, has evolved into a highly dynamic and relevant film market. 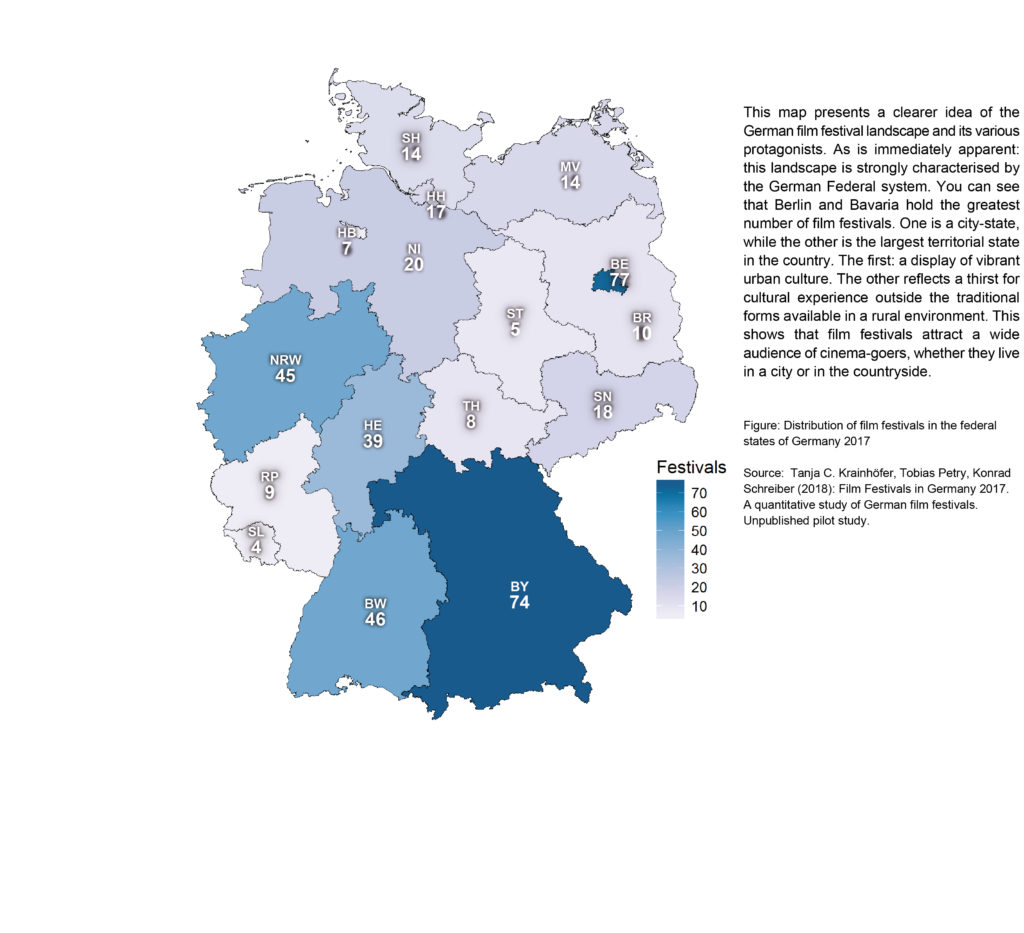