Over the past decade, women account for just 19 percent of all non-acting Oscar nominations, according to a Women’s Media Center analysis. 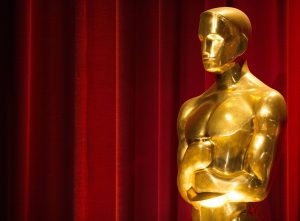 From 2006 to 2015, women have received 327 nominations in behind-the-scenes roles that include producers, writers, directors, and cinematographers, compared to 1,387 men.

Although the number of non-acting nominations of women for the 88th Annual Academy Awards, to be given at this year’s ceremony on February 28, is greater than for any previous year, it is still staggeringly low: 22 percent.

WMC examined the last 10 years of nominations in 19 categories. Men dominate most top-tier categories —those that represent roles with the greatest decision-making power. The cinematography category has maintained a 100 percent shutout of female nominees not only in the last decade, but also in the 88-year history of the awards by the Academy of Motion Picture Arts and Sciences. Women are more strongly represented in the visual design categories, such as costume design and production design; in the short film categories; and in documentary features.

“There is a clear connection between the low numbers of women hired for behind-the-scenes jobs in film and women’s low representation among Oscar nominees,” said Julie Burton, President of the Women’s Media Center. “If they’re not hired in these non-acting categories, they’ll never have a chance to be recognized for their excellence. Research by the Center for the Study of Women in Television and Film shows that of the 250 top-grossing films of 2015, women were 9 percent of directors, 11 percent of writers, 20 percent of executive producers, 26 percent of producers, 22 percent of editors, and only 6 percent of cinematographers. If more women were hired as writers, directors, editors, and producers, the talent pool for nominations would be more reflective of the overall population and audience—more than half of which are women.”

Amma Asante, Director, Writer, and Recipient of the WMC Award for Directorial Excellence, said: “The number of women film directors, especially black female directors, is abysmally low in an industry that too often is insular and resistant to change. The makeup of the Academy is only part of the problem. Most often, it’s the lack of opportunity available to women, and it’s especially hard if you are a woman of color. It’s important to change the narrative for little girls so that they can picture themselves in the director’s chair—a position of strength, power, and prestige. Through the director’s lens, I have the ability to shape, create, entertain, educate, and inspire. I would only hope that my work as a screenwriter and director gives hope to young women.”

The Academy is under intense fire for the scarcity of people of color in acting categories, and of women in other categories. In response to advocacy efforts, including the #OscarsSoWhite and #OscarsWomen campaigns, the Academy announced an unprecedented move to drastically alter its membership rules and vows to double the number of women and minority voters by 2020.

Pat Mitchell, Chair of the Sundance Institute and WMC Board Co-Chair, said members of the Academy and Hollywood executives are liable. “The response often given by those held accountable for an irresponsible lack of diversity in this year’s Oscar nominations is that there just aren’t as many women or people of color as directors, producers, or in leading roles to choose from. But a review of the representation of women directors, producers, and leading roles at Sundance Film Festival, year after year, is evidence enough that there’s no lack of talent or stories or films to celebrate; what there is a lack of is the commitment, the vision to see beyond what Hollywood chooses to celebrate as representative and the best.”

Here’s a summary of the WMC analysis — which used data from Oscars.com: