“Probably the first were producers and sales agents from France at least ten years ago (1996) whose arthouse films were invited to many festivals. They started to ask for screening fees from some of the festivals who wanted to present their films. At the same time more and more festivals were founded, mostly between 1980 and 1995. So the demand for film copies for festivals definitely increased significantly during these years. … We all know how a copy is used after ten festivals! But meanwhile also different amounts are in discussion, up to 1.000 Euros per festival and not only asked from arthouse distributors , but from national film institutes as well. ”( Schöffel, Reinhold: 2006 )

The fact that film festivals have developed into an independent form of exploitation within a worldwide network has long since gained acceptance. And this at a time when theatrical exploitation is losing its economic relevance for a growing proportion of annual productions. A development that was already predicted for the European area in the 1990s by a study from the European Audiovisual Observatory ( Nils Klevjer Aas, Executive Director, European Audiovisual Observatory (1997): Flickering Shadow. Quantifying the European Film Festival Phenomenon)

There is increasing speculation that, in the mid-term „film festivals will develop into the most important public platform for films alongside the Internet, in other words, they will assume the traditional function of cinema and television“ ( Lars Henrik Gass, Internationale Kurzfilmtage Oberhausen ). This is associated with numerous opportunities and new possibilities. Necessary prerequisite is to know the market and its players, in order to determine the impact and performance potential of festivals and use them to their full potential.

In addition to their original function of presenting, promoting and marketing films and their creative masterminds, today’s film festivals are increasingly assuming such key economic functions as development, financing, packaging and distribution. 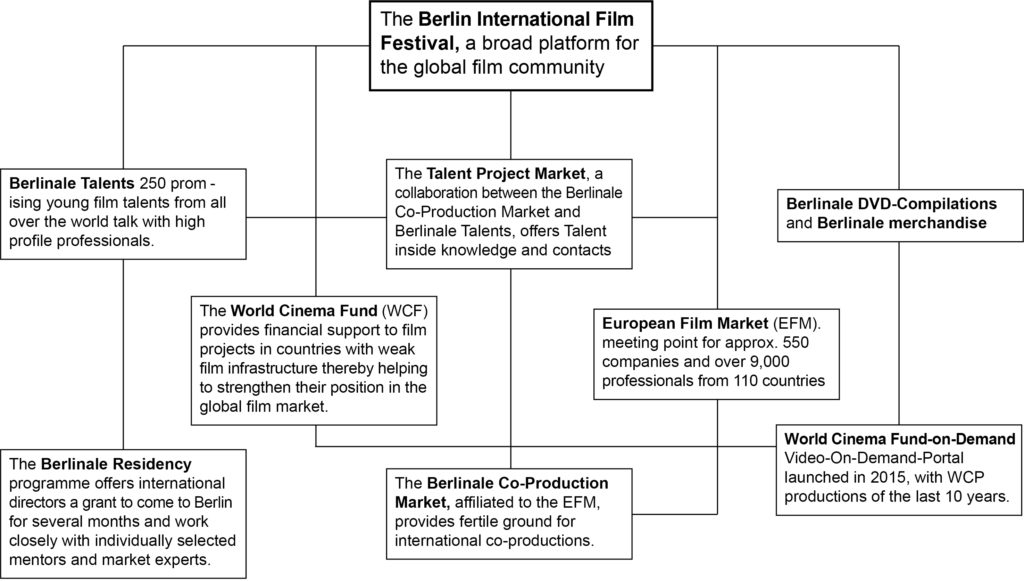