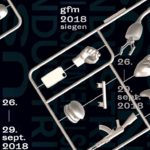 With the advent of digitization into the media industry, a development has begun marked by“(t)urmoil and transformation, forcing industry leaders to reconsider established maxims about how screen media are created, circulated, and consumed“ (Crutin et al., 2014). A „rise of industry niches dedicated to art cinema“ (de Valck, 2014), accompanied by a boom on the worldwide film festival market (Krainhöfer, 2018), is clearly evident. This global film festival circuit, ranging from international A-film festivals to regional special-interest festivals, is surprisingly innovative and flexible in responding to the challenges of disruptive change. While festivals have long since expanded their radius of action beyond their original function of presenting (new) film works (Iordanova, 2015), in recent years formal and informal networks between film festivals increasingly appear to be the means of choice for actively shaping current changes. Networks serve to secure resources and form the basis for promoting the diversity of cinematic forms of expression, innovative distribution channels, new audience development measures, and much more.

In a panel, festival representatives will discuss what these connections mean for the diversity of the festival landscape, the quest for USPs and the preservation of the festival’s own identity, and whether they also provide solutions for the film industry?